IT-Leadership in UK is male! Three valuable tips for women pursuing a career in IT

Lianne Riches is IT Service Manager & Business Analyst at Sony DADC, living and working in Great Britain. Although the traditional role models are becoming less important, progress in the area of ​​mixed leadership is very slow, especially in the IT industry.

In the blog interview, Lianne gives 3 valuable tips on how one can still be successful and talks about the role of mentors and role models.

What is the significance of gender diversity for a company? What are the advantages of a more balanced gender ratio?

There are significant benefits for a company in having gender diversity – we understand that, generally speaking, there are differences between male and female leadership styles, and including both of these styles can absolutely bring benefit to a team and, by extension, the company as a whole.

Different life experiences and backgrounds provide the basis for different points of view, and different points of view can spark creativity and innovation within the workplace. Research suggests that women have a stronger skill set in reading non-verbal cues, which can mean a much stronger collaborative approach – great for teams, and project work particularly.

Being gender inclusive and having a more balanced gender ratio at its heart provides a wider pool of talent – why would we want to focus on only half the population when recruiting? Actively pursuing gender diversity in the workplace also means that the company is most likely better reflecting its client base – if the organization better represents the customers and clients who use them, communication is often higher.

The IT industry is still male dominated. Is it particularly difficult here to make a career as a woman? 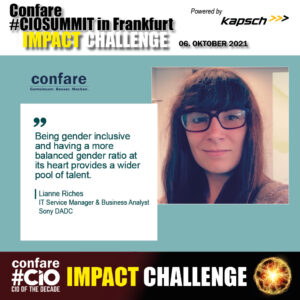 As the IT industry is – or should be – primarily skills based, in theory it shouldn’t be hard to make a career as a woman if your skills are demonstrable. However, certainly in the UK women account for something like 20% of the tech workforce – and the percentages are lower still for Asian, Black & Hispanic women. Most management and directorship roles are filled by men.

This lack of representation may be because less women are attracted to the industry, but studies show that actually more women are studying STEM related degrees than have previously – but this doesn’t always seem to lead to them working in that area. It seems therefore that retention following the degree of a career in a directly related field is much lower.

I suspect that a lack of diversity in the workplace could be to blame, as well as societal pressures around family life. We also see studies around gender pay gaps, and it’s not a leap to consider that if a family must choose between one wage or another in order to pursue the growth of that family, circumstances would almost always dictate the higher wage would need to be kept.

Studies suggest that women are much more likely to pass over a job advert where they don’t tick every single criterion, and I suspect this would hold women back significantly. I’ve recently seen job adverts which deliberately highlight this, and ask that women look to apply where they are ticking most of those requirements, even if it’s not every single criterion. I think this attitude is important, because not only are those companies actively reaching out, they’re highlighting a bias that many women may not even realise they have.

How are girls doing in technical education?

We can see that woman are still highly under-represented in technical industries, despite STEM careers growing significantly in the past decade or so, we still don’t see that as many women are in those roles. Research suggests that more women are pursing STEM related degrees than have previously, although the numbers are still not anywhere near as high as the number of men pursuing the same degrees.

I think the higher uptake is due to a number of factors, for example we now start to see coding workshops not only aimed at children – making the concept of IT and IT work much less remote than perhaps it was seen previously, and instilling that at a young age – but also specifically targeted at women, like the SheCodes workshops.

It all adds up to making the field feel more attainable, more relevant and more attractive as a career path, which I think is great.

What is the significance of female role models and examples?

Having female role models and examples is huge – I know for myself, having moving from a very male-dominated work place to Sony DADC back in 2012, suddenly having a large number of female management both at Sony and also in the clients with whom I was working, really made a big difference. I was able to see strong women in leadership roles, which gave me somewhere to aim for and something to aspire towards.

Stay Up-to-date with the Confare NEWSLETTER

If you don’t want to miss any of our factsheets, subscribe to our Confare newsletter.

You would like to contribute to our publications or to the Digital Confare CIO ThinkTanks?, please contact melanie.vacha@confare.at

What are your 3 most important tips for young women who want to make a career in IT or in the IT industry?

Try to find yourself a decent mentor. Someone from whom you can learn and grow, and gain confidence from – and someone who is able to give you constructive feedback. I’ve been lucky enough to work with a number of people over the years from whom I’ve learned a great deal, and who haven’t been afraid to tell me when I’ve been going wrong as well as when I’ve been getting it right.

Give yourself permission to be excellent! I find that we are often taught to downplay our talents, not to express our achievements, to be excessively humble. It’s okay to take pride in your work, your knowledge, what you’ve achieved and what you’ve learned – and it’s definitely okay to highlight it. Whilst this should apply to anyone, again research does show that women are much more likely to downplay their achievements – learn to be comfortable speaking about the great things you’ve done, and the chances are you’ll be more likely to offered a chance to achieve more.

What role do mentoring and coaching play? Where can I get support?

Everybody would benefit from having a decent mentor, no matter their gender, but I think it’s of particular importance that women in the workplace can establish a network, whether directly in their workplace or on an external website like LinkedIn. For example, I follow The Female Lead, which is an educational charity, and very much enjoy their posts which are both inspirational and informative.

In your opinion, where are the greatest fields of action in companies and in society to improve this situation?

It’s a big question. The short answer is that there is no short answer and many factors contribute to a lack of female representation in the workforce. I’ve seen some recent suggestions that, in a post-Covid world (is there such a thing?), where a lot of companies are moving towards remote or partly-remote working – this could really have a beneficial effect on female representation in the workplace.

Despite a changing society in which we are seeing less traditional roles in play, research still shows that a larger percentage of women are giving up work, or not pursuing higher level roles, due to family commitments than we see from men. As mentioned previously, this could also be related to the gender pay gap – practicality dictates that the higher wage earner must remain in most cases.

Where remote working can solve some of the issues that have traditionally either stopped women from following a career path – long commutes, challenging hours – this could potentially provide us with a significant amount of change in the diversity in the workplace over the next few years. Aside from the other obvious benefits to remote working, this could really open the floor to different roles for women.

You can find interesting videos on various topics at our YouTube-channel.

Paul T. Cottey: US CIOs prepare for the return from the home-office – A number of questions need to be answered 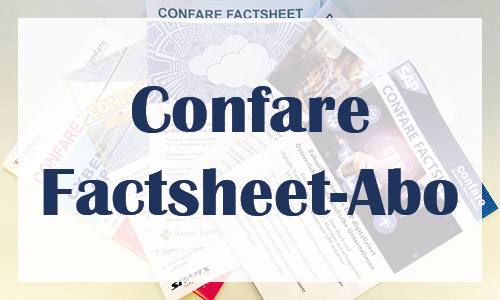